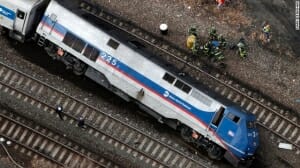 MSNBC’s Morning Joe had a love-hate fest with infrastructure. They were tying the derailment of the Metro North train that killed at least 4, to faulty infrastructure. Their guest,  former US Secretary of Transportation for President Obama, spoke frankly about the United States falling behind in building infrastructure that matters, politicians not leading. It’s as if he is following along on our Dire States tour. Thank you Ray for speaking bluntly. Also, the MSNBC anchors were unrelenting in why are we not doing more to fix the problems.
http://usnews.nbcnews.com/_news/2013/12/02/21719265-new-york-train-crash-50-year-old-transit-systems-in-urgent-need-of-upgrade-lahood
Dan McNichol2017-07-31T21:03:18+00:00