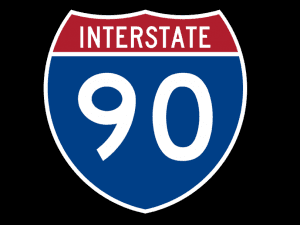 The Interstate System is a proper noun branding a 47,000 mile system of 62 superhighways interconnected by 55,000 bridges and 104 tunnels. Crisscrossing into every corner of America the network is marked by numbered red, white and blue shields labeling a mega internet of the most trafficked desire lines – trade routes – that feed people into places ultimately creating moments. Per calls the Interstate System “The Big Road”.